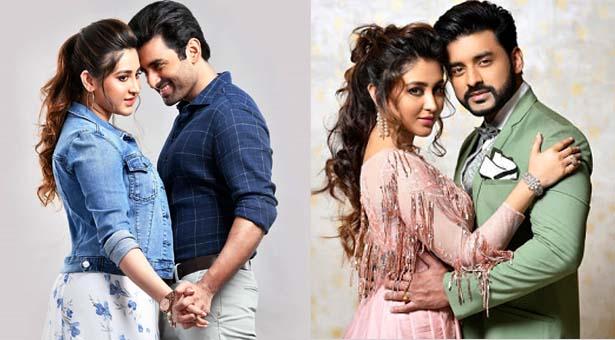 Everyone knows the love story of Aindrila Sen, a popular actress of small screen in Upper Bengal and Ankush Hazra. The star couple has been at the top of discussions on love issues at different times in Tolipara.

In fact, their fans wanted to see this successful couple on screen. Andrillar was anxious to come on screen together. Finally came the opportunity. Andrila and Ankush are coming to the big screen with a new movie titled ‘Magic’.

The movie ‘Magic’ is directed by Raja Chanda. The filming of the movie has already been completed. The work of this movie started from 6th August. Devashankar Haldar has played the role of Anukush’s father in this movie produced by SSG Entertainment. And Bidipta Chakraborty will be seen in the role of mother.

It is known that the movie is based on the ups and downs of two people’s lives. Anukush and Andrila are both optimistic about this thriller movie. Anukush will be seen in the role of Indrajith. And Indrila has played the role of Kriti. They are both fashion designers by profession.

The first look of the movie has already been released after the filming. It is known that the teaser will come soon. However, for now, Ankush and Andrila are counting down the release days of the movie. Fans are also waiting to see the couple on the big screen together.