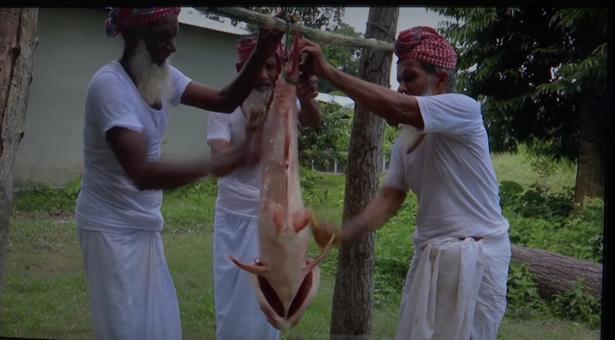 The YouTube channel has changed the socio-economic status of Shimulia, a remote village in Kushtia. Since June 2016, the villagers have been earning extra income by working on the YouTube channel.

As soon as you enter the village, you will see sculptures of different types of animals made of bamboo and straw. Lovely house built somewhere or in the pond. Row upon row of YouTube channels to make videos of women dressed in the same kind of cooking. Again, the elders of the village are preparing for cooking somewhere. By making videos of these activities, the youth of the village are benefiting financially through the YouTube channel.

There are two YouTube channels in Shimulia village. Where 16 women from the village took part in making 6 to 7 videos with a salary of 3 to 4 thousand rupees per month. 5 cameramen have been employed. Around Me BD and Village Grandpa Cooking YouTube channels are working in the village. They are working to highlight the recipes and history of indigenous food.

Delwar Hossain, director of the YouTube channel Around Me BD, said the effort was aimed at preserving the country’s history and heritage and promoting Bengali culture in the world. The entire income of YouTube is spent for the welfare of the common people of the village.

According to Channel Two, 40 people work on two channels in Shimulia village to make videos for a monthly salary.